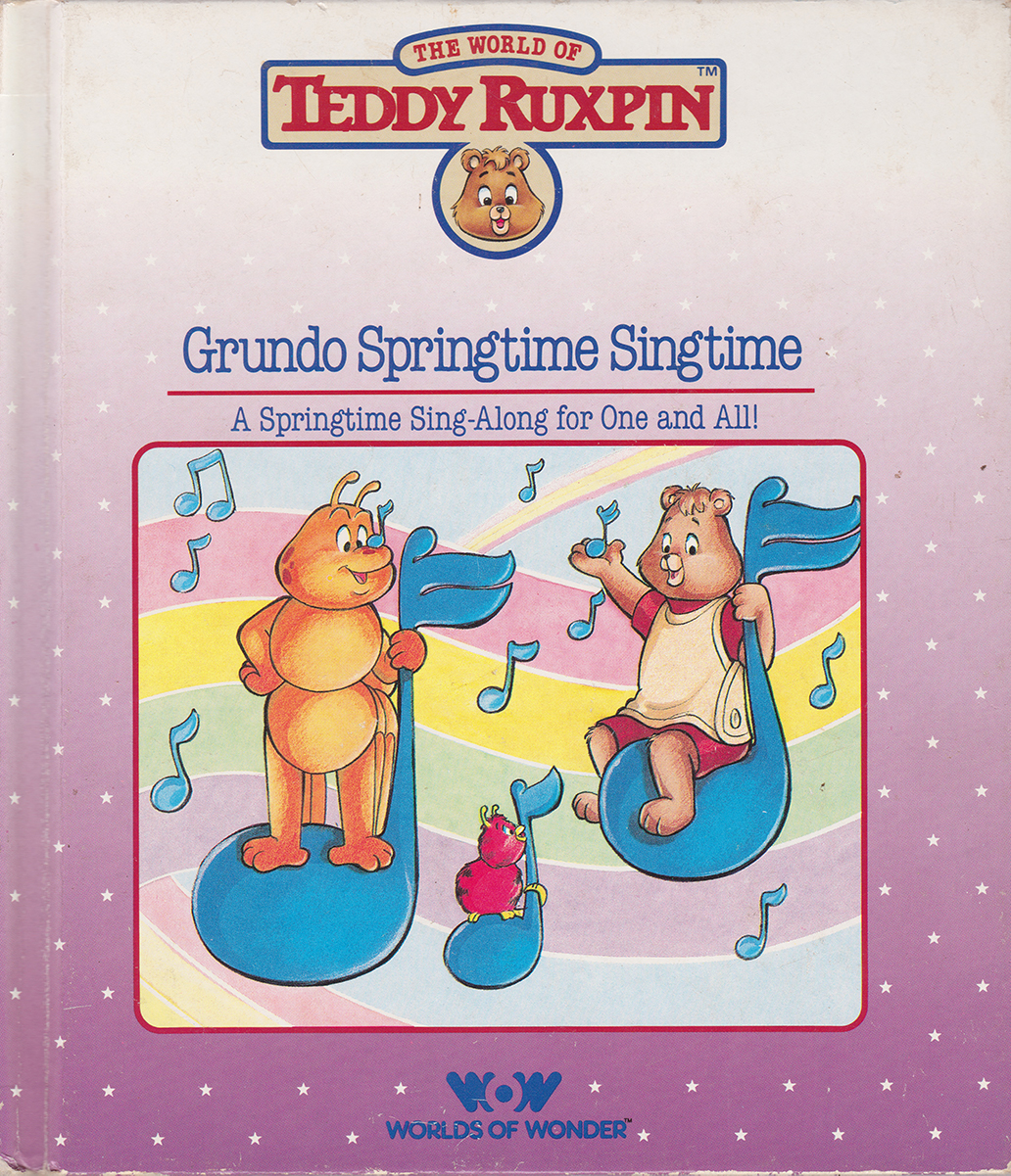 A Springtime Sing-Along for One and All!

The days of winter all are past,
Guess I'll put away my sweater, now.

“Grundo Springtime Singtime” is a seasonal musical compilation from “The World of Teddy Ruxpin”. It features spring-themed music from Teddy, Grubby, the Grunges, and the Fobs.

“There’s lots of fun in this sing-along festival of songs.”

When Teddy and Grubby start talking about the seasons of the year, Grubby remarks that his favorite is Spring, and that he enjoys the spring festival thrown in Grundo. The rest of the story centers around the festival and the many songs sung by the participants. It ends with Teddy and Grubby being inducted as honorary Grunges.

Teddy agrees that Spring is one of his favorite times of the year, and he especially enjoys the Grundo Springtime Singtime festival. He and Grubby begin to reminisce about the previous year’s festival, in which they were invited to sing. They start with one of Teddy’s favorite songs, “Spring Has Sprung”.

Following the first song, Teddy introduces their backup band, the Grunges, and their backup singers, the Fobs! Grubby goes around greeting all the Fobs, leading to “Fobs Are Gobs Of Fun”.

Teddy thanks the Fobs for singing along on that song, and Grubby mentions that should they get hungry, there’s always a helping of his famous Roasted Root Stew to refresh them. The Fobs not-so-politely decline, and while Teddy tries to console Grubby by saying they don’t seem hungry just now, Grubby hopes the next song will perk up their appetites (“Grubby’s Roasted Root Stew”).

To get the taste of Root Stew out of everyone’s mouths, Teddy starts a song everyone can join in on (“A Happy Sing-Along Song”).