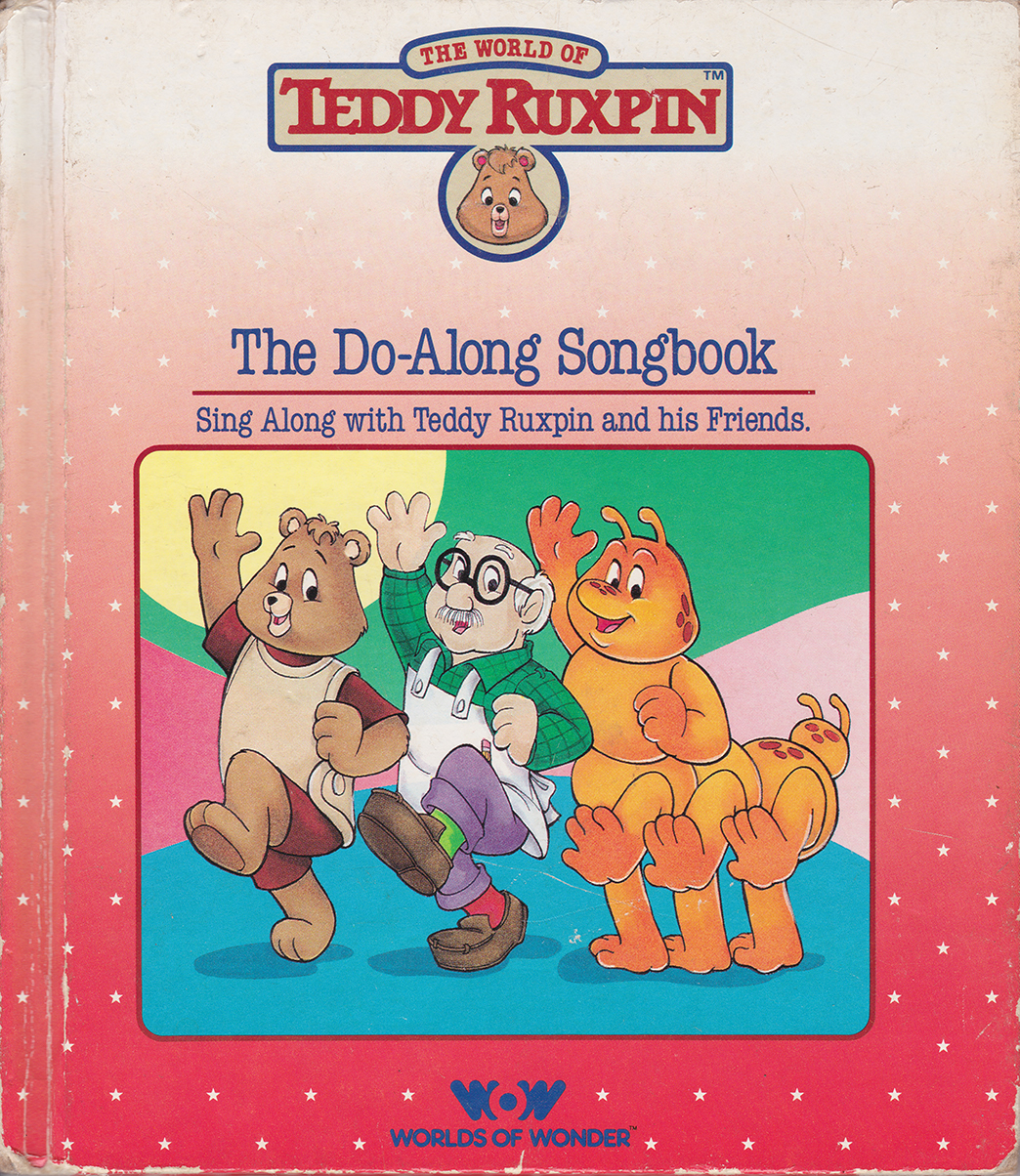 Sing Along with Teddy Ruxpin and his Friends

When you hear me clapping to this song, I want you all to clap along.

“The Do-Along Songbook” is an entry from the World of Teddy Ruxpin Adventure Series. It was released for the original Worlds of Wonder, Playskool, and Yes! Entertainment Teddy Ruxpin talking toys. Like other entries, such as “Grundo Springtime Singtime”, this story is notable for being primarily a musical compilation with a focus on songs in which listeners can participate.

“It’s more fun when you share songs and activities with friends.”

“When Grubby struggles in telling his own story, Teddy instead suggests they sing some of their “do-along” songs, which allows them to sing and dance along. They are joined by Gimmick who teaches them how they can all “be an Octopede”, and Teddy even invents his own song, “The Teddy Hop”.

The listener is greeted by Grubby singing “Come Dream With Me Tonight”, but before he can begin a story, Teddy arrives home, which makes Grubby nervous. When Grubby tries his best to tell his own story, Teddy instead suggests they pass the time by singing some of their “do-along songs”: songs in which “we can do stuff while we’re singing”. They begin with “Clap Your Hands, Stomp Your Feet”.

Grubby wants to sing “I’m an Octopede”: a song in which the participants kick their “left four legs” and their “right four legs”. Teddy reminds him that most people have only one left leg and one right leg, making it hard to follow along. Lucky for them, Newton Gimmick arrives with a solution.

Gimmick’s knees are tired for all the kneeling and kicking, and he suggests a song they can sing sitting down. Teddy decides to sing a round. After explaining what a “round” is, Teddy begins singing while the others follow (“A Round”).

The next song is what Teddy calls “an answer song”, in which he sings something and Gimmick and Grubby sing it back (“La-Dee-Da”).

Ready to move around again, Grubby asks Teddy for another “jumpin’ around kinda song”. Teddy starts to make up a song on the spot, repeating the word “hop” over and over again as he jumps up and down. Instinctively, Grubby and Gimmick begin to mimic him, leading to them singing “The Teddy Hop”.

After the final song, Grubby asks if he can do the honors of saying goodbye to the listener and even tries to imbue a positive message as Teddy often does. He gets carried away, and Teddy cuts him off as they say goodbye.