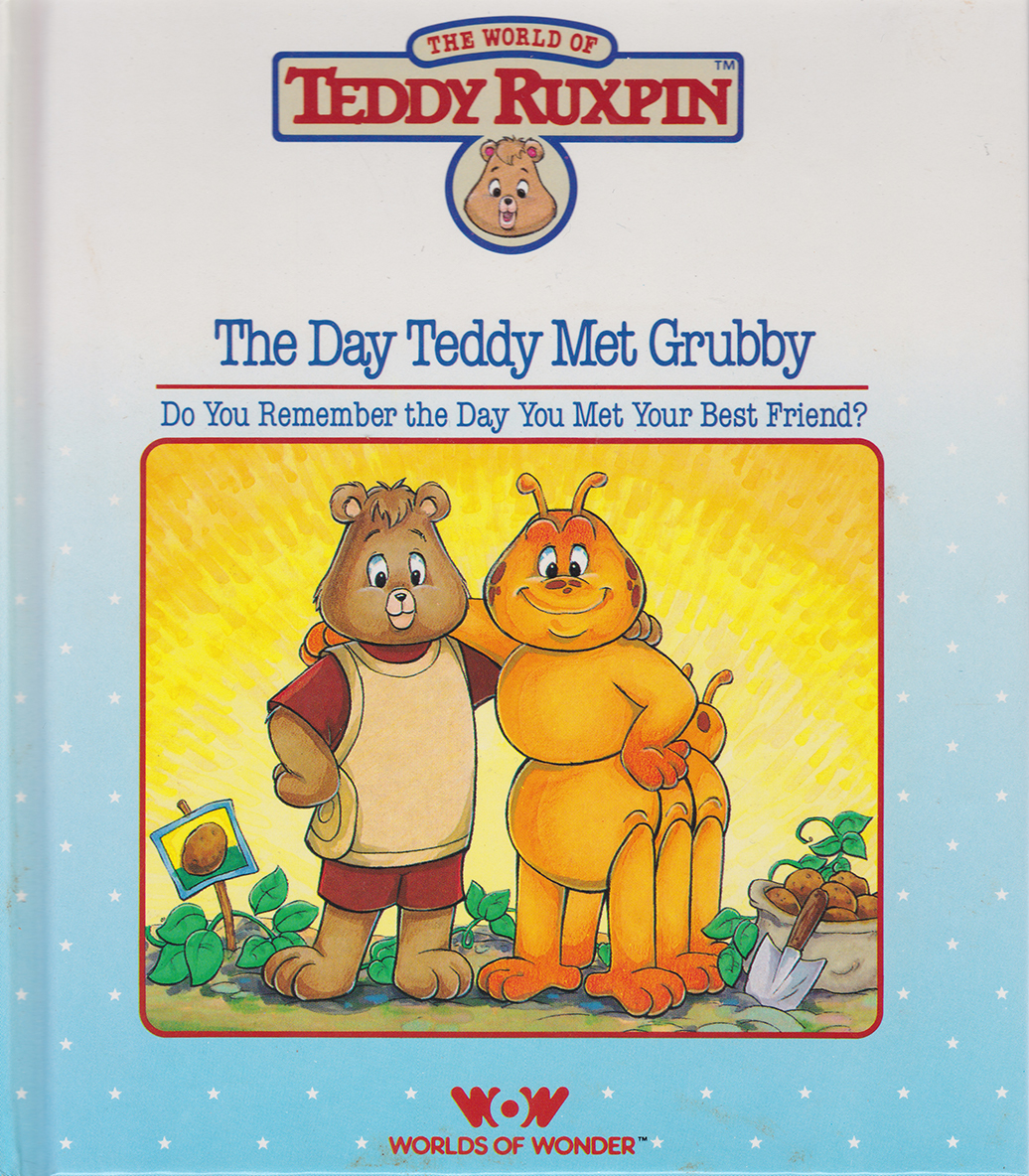 Do You Remember the Day You Met Your Best Friend?

There's nothing in the world like a good friend.

“The Day Teddy Met Grubby” is an entry from the World of Teddy Ruxpin Adventure Series. It was released for the original Worlds of Wonder, Yes! Entertainment, BackPack Toys, and Wicked Cool Toys Teddy Ruxpin talking toys. The story marks the only Adventure Series appearance of Teddy’s mother, Illana, his home in Rillonia. It would be adapted to an episode of “The Adventures of Teddy Ruxpin” animated series of the same name.

“This story reminds us of our special friendships--how they begin and how they grow.”

When Teddy and Grubby begin arguing, they reconcile and reminisce about the day they first met.

The story begins with Teddy and Grubby arguing, but after a moment they realize they can’t remember what they’ve been arguing about. They reconcile, and Grubby asks Teddy to tell the story of how they first met: another story with opposing viewpoints.

The story takes place in Rillonia, where Teddy lives with his mother. She and Teddy are growing vegetables and preparing to plant a fresh row of potatoes. At his mother’s direction, Teddy plants the first row before dinner. But that night, he returns to the garden to find nothing but empty holes where the potatoes had been planted.

Confused, Teddy spends the day planting new potatoes where the old ones had been, and even adds a second row alongside.

At this point, Grubby asks to tell his side of the story. He explains that Octopedes are occasionally nocturnal, and so he returns to the garden that evening hoping to find more “round roots” like the one he’d dug up the night before. He proceeds to dig up both rows of potatoes.

Teddy resumes the story, describing his disappointment on discovering both rows of potatoes have been emptied. After the potatoes have been re-planted--including a new third row, Teddy and his mother construct a trap to catch their “potato thief”.

Grubby returns that night and digs up all the potatoes once again when suddenly a net collapses on him and bells begin ringing. Teddy and his mother arrive to find Grubby in their trap. Assuming him to be a “potato bug”, Grubby explains that he’s an Octopede and was only digging up the “round roots” he’d found. Teddy laughs and points out that those “round roots” are actually potatoes and this is he and his mother’s garden.

Once he’s released, Grubby properly introduces himself, apologizing for digging up the potatoes and offering to help re-plant them. Teddy’s mother fixes them a breakfast of potato pancakes, and Teddy and Grubby plant the potatoes. Teddy explains that they are going to plant more vegetables, too, and Grubby is excited to help (“Vegetables”).

Teddy and Grubby close by remarking that their friendship, like those vegetables, have been growing ever since they met (“Teddy Ruxpin is My Friend”).