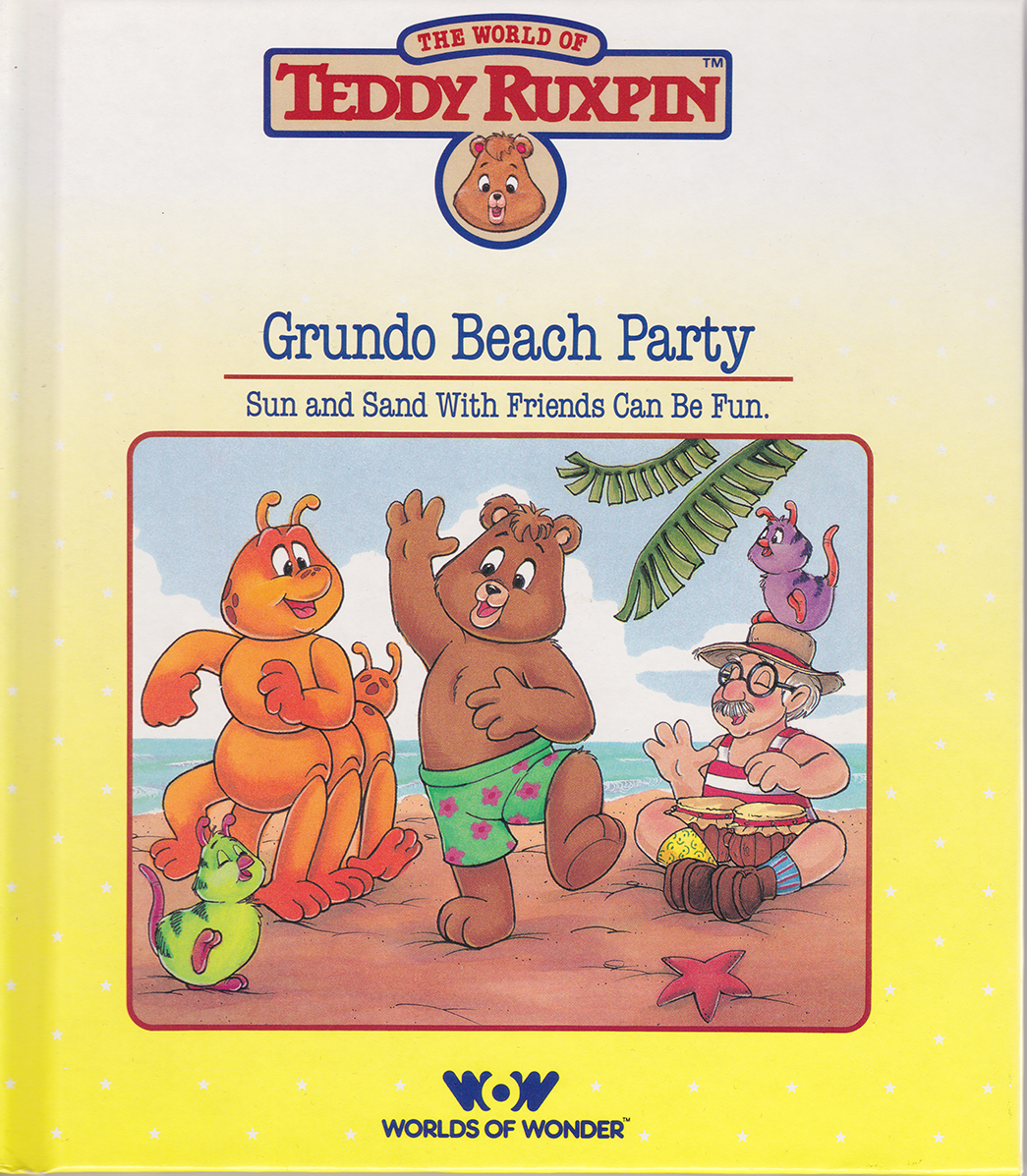 Sun and Sand With Friends Can Be Fun.

I’d swim even better if all that water weren’t there.

“Grundo Beach Party” is an entry from the World of Teddy Ruxpin Adventure Series. It was released for the 1st, 2nd, and 3rd generation Worlds of Wonder and Playskool Teddy Ruxpin talking toys. Like “Grunge Music”, it is a largely musical entry with loose story threads tying the songs together.

“This story shows the value of being careful near the water while still having fun.”

Teddy recounts a musical beach party at Ben’s Beach where Grubby overcomes his fear of water and Fuzz learns a valuable lesson about being careful in the water.

Teddy asks the listener how they are, and Grubby wonders why Teddy never asks him how he’s doing. When Teddy asks Grubby how he’s doing, Grubby says he’d be even better if Teddy told a story. So Teddy settles on the story of the beach party they attended at Ben’s Beach.

The scene opens with Teddy, Grubby, the Fobs, and the Grunges singing “Beach Party”. Everyone is having a good time, but Grubby refuses to go into the water, despite the coaxing of his friends (“If the Water Weren’t So Wet”).

Newton Gimmick arrives at the party with Fuzz the Fob, and carrying a new invention (“The Amazing Mechanical Surfboard”)!

Fuzz is excited to swim for the first time, and everyone keeps an eye on him while in the water. But when everyone else gets out to have some lunch, Fuzz goes back into the water without telling anyone. When Gimmick realizes Fuzz is missing, Boomer notices the tiny Fob bobbing out in the water.

As everyone begins to panic, Grubby jumps straight into the water and swims to Fuzz, saving his life. Teddy warns Fuzz that he must be more careful from now on (“Be Careful in the Water”).

Teddy suggests that they can have much more fun now that they know how to be careful in the water, but Grubby is still obstinate, claiming the water is just too wet!