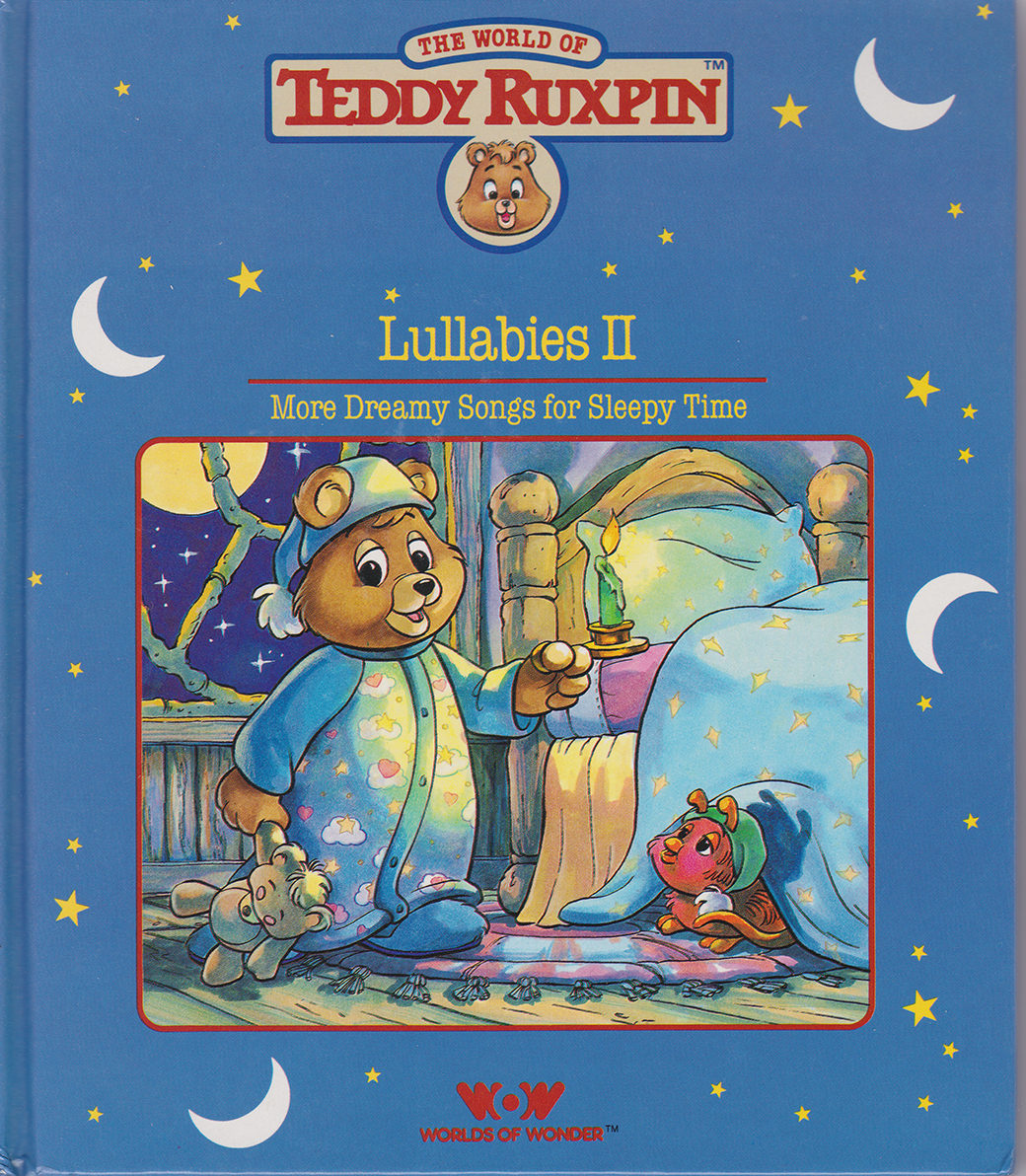 You’re warm and you’re friendly, and I love you.

Like the original “Teddy Ruxpin Lullabies”, this entry is primarily a musical compilation with brief vignettes or soundbites to segue from one song to the next.

As with the original “Teddy Ruxpin Lullabies”, the story begins with Teddy yawning and remarking how tired he’s become. He likes to sing lullabies to help him fall to sleep and begins to sing “A Quieter Place to Be”.

Teddy continues to get sleepier as he sings “And I Love You.”

He lets out a yawn once more before singing “Sheep of Different Colors”.

Next, he sings “Tiny Friend of Mine”, followed by “In Our AIrship In the Sky”.

Finally, Teddy sings “I Wonder If My Friends Are Sleeping Now”, and at last falls asleep.