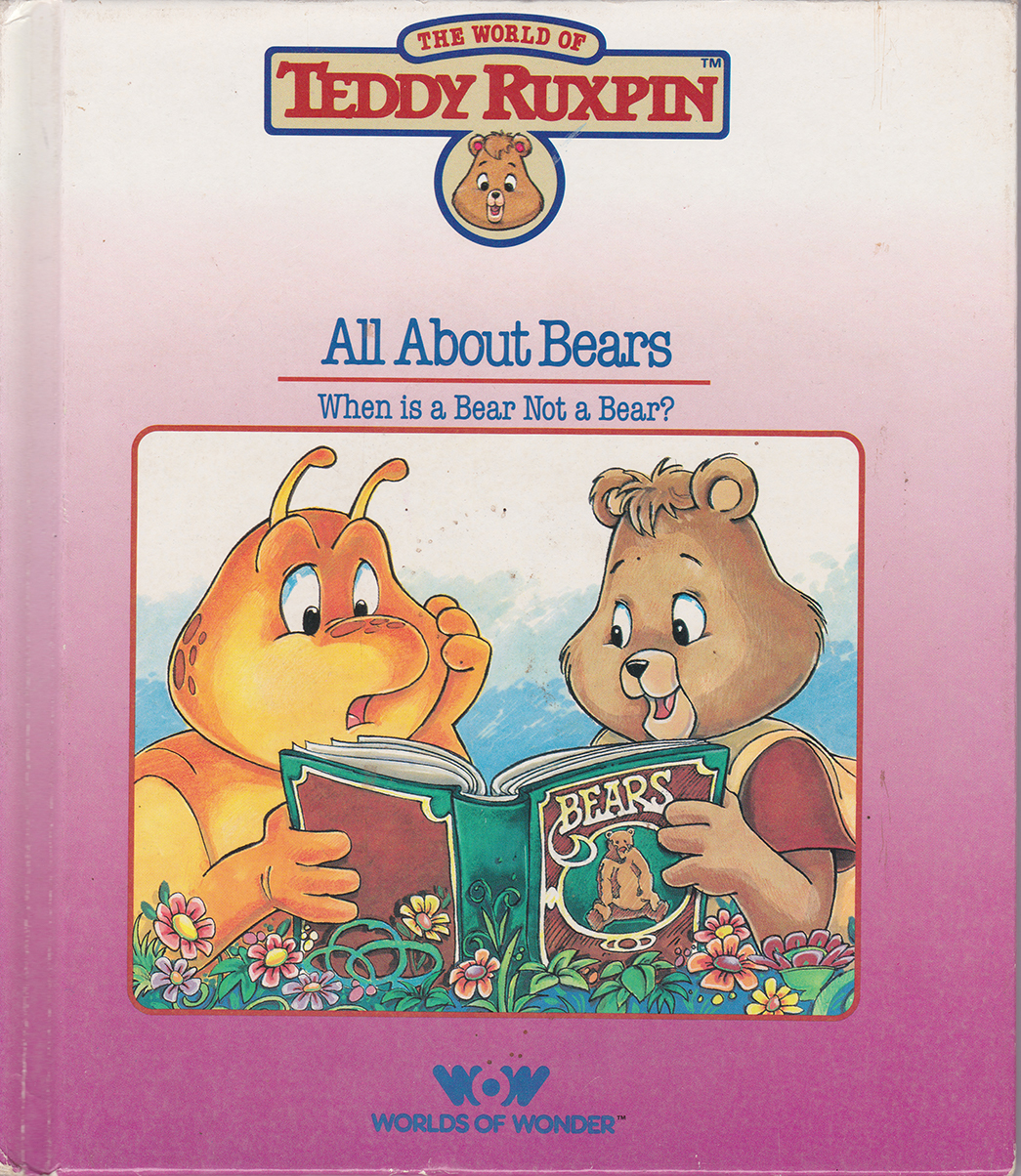 When is a Bear Not a Bear?

“All About Bears” is a compilation-style entry in the World of Teddy Ruxpin Adventure Series. It features several songs about various species of forms of bears from koalas and pandas to teddy bears and Illiops.

The story is notable for being one of the first music-centric entries of the Adventure Series. While a loose narrative thread connects the songs, the central features of the installment are the music.

This entry is also notable for acknowledging creatures which did not exist in Grundo and instead existed only in reality.

“Songs and stories about bears who live all over the world.”

When Grubby starts to feel “confused” about bears, Teddy attempts to clear things up by introducing Grubby to several different kinds of bears, singing a song about each. Koalas, pandas, polar bears, teddy bears, and finally, Illiops are all celebrated through a song, eventually giving Grubby a clearer picture of which bears are bears and which bears aren’t.

Grubby comes to Teddy feeling very confused about bears. Sometimes bears are bears, and sometimes they aren’t! Teddy even admits that some bears don’t even know if they’re actually bears! As an example, he sings “Who Wouldn’t Love a Koala?”, and explains that Koalas are actually marsupials.

Next, Teddy and Grubby sing “Have You Ever Thought About a Panda?” When Grubby worries that pandas aren’t bears, either, Teddy explains that nobody’s really sure what kind of animals pandas are: but they’re not bears.

Realizing that Grubby’s confusion is only getting worse, Teddy cheers him up as they sing “The Polar Bear Polka”. Grubby is relieved to learn that polar bears are actually bears, because he was starting to think bears didn’t actually exist! Teddy warns him that there’s a bear in almost everyone’s home! In response to Grubby’s alarm, Teddy sings “Teddy Bear”.

Grubby assures Teddy that he understands bears much better now; all except for one: Teddy himself! He asks Teddy if Illiops are the same as bears, and Teddy replies that Grubby can call him whatever he wants, “as long as you call me your friend.”

The two sing “My Best Friend is an Illiop” to end the story.