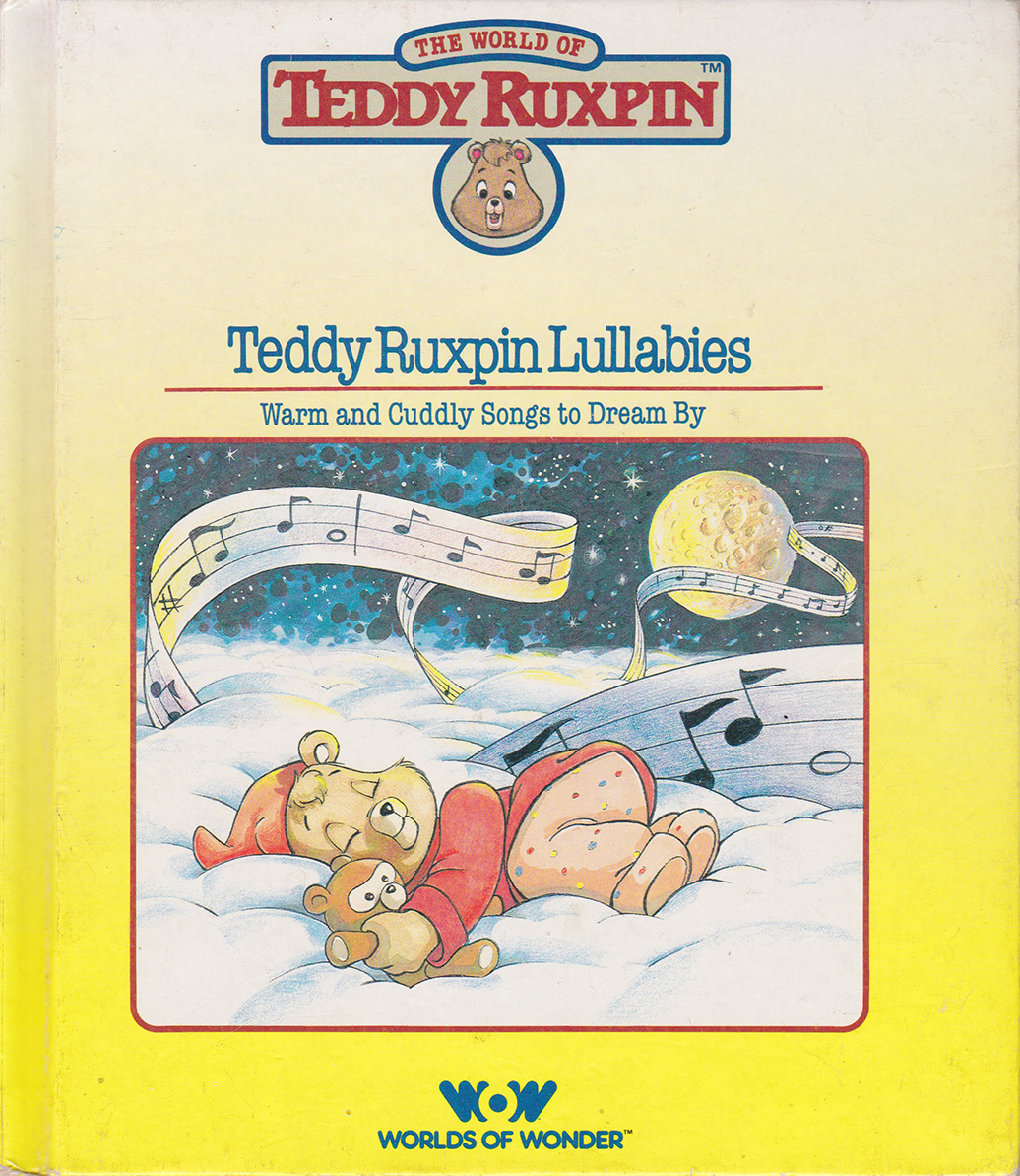 Warm and Cuddly Songs to Dream By

When I start to get sleepy, I like to sing a lullaby.

“Teddy Ruxpin Lullabies” is a compilation of lullabies written by Ken Forsse and composed by George Wilkins. Of the early Adventure Series entries, it is most notable for being the earliest entry to feature only Phil Baron’s voice. Aside from a brief introduction, this is the first entry to be primarily a musical compilation, lacking almost any story behind it. A sequel entry called “Lullabies II” would later be released with a host of brand new songs.

In “Teddy Ruxpin Lullabies”, Teddy Ruxpin begins by explaining that he’s having a hard time falling to sleep. In an effort to fall asleep, he begins singing a series of lullabies, eventually falling asleep.

Teddy Ruxpin begins to yawn, greeting the listener and explaining that he is very tired, but unable to fall asleep. Hoping to fall asleep, Teddy begins to sing a softer rendition of “Come Dream With Me Tonight” and following with a series of lullabies.

Between each song, Teddy will continue to yawn and become sleepier. At the end of the final song, “This Lovely Night,” Teddy’s eyes close as he falls asleep.